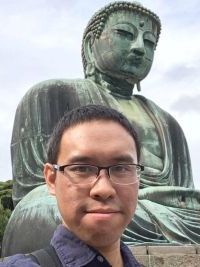 I am a software engineer at Google Japan. I work on Google Maps.

I earned my Ph.D. in Computer Science in May 2017 from Cornell University where I was privileged to be advised by Kavita Bala and Steve Marschner. I did research on rendering algorithms and appearance acquisition/modeling, specializing in problems related to fibrous materials such as human hair and cloth.

Before coming to Cornell, I lectured at Department of Computer Science, Faculty of Science, Kasetsart University. I finished my undergrad at Massachusetts Institute of Technology and also got a master's degree there.

I work on Google Maps.

Worked with Prof. Imari Sato on a project to develop a pipeline for acquiring appearance properties of Nishijin-Ori fabric.

Conducted research on approximate computation in an algorithm for integrating rational functions.

I have studied Japanese for 8 years: 3 years in college, 3.5 more years here at Cornell, and 1.5 years after that and counting. I can hold conversations, explain rather complicated concepts, and write essays. As for formal qualifications, I passed the Japanese Language Proficiency Test at the N1 level in December 2017 and the Level 2 (２級) of Kanji Proficiency Test in February 2019.

I'm deeply interested in Japanese pop culture such as anime, manga, and video games. (Yes, these are what I have been studying Japanese for!) When possible, I blend these interests with my academic interests. That is why I studied computer graphics for my Ph.D. and why I did a machine learning project on anime/manga images.